How to Hook up PS4 to TV without HDMI - Easy Steps

This post was most recently updated on July 23rd, 2022

How to Hook up PS4 to TV without HDMI – Easy Steps

PlayStation is just something you need if you are looking for an excellent gaming experience without having a PC. When it comes to PlayStation, PS4 is comparatively more popular than PS5 though it has gotten recently released. A few years back, the price of PS4 was so high that not many people invested in it.

But, ever since the release of PS5, the overall prices of PS4 have dropped hence the increase in demand. So, in case if you are thinking of getting a used version of PS4, it may cost you even less.

The majority of people play PS4 on their TV screens. The main reason is that TV displays offer high-quality graphics that are perfect for PS4. However, many TVs, usually older models, don’t come with an HDMI port. So,

Now you may be wondering what an HDMI is exactly. An HDMI is a High Definition Multimedia Interface port, and it is what gets used in many displays, consoles, TV, and PC. Using the HDMI cable, you can transmit both video and audio signals via an HDMI port.

You can also use the display port for the transmission of audio and video signals. But, there is a particular limitation to it. Compared to HDMI, the display port comes with limited options of cable length.

Different methods to hook up PS4 to TV without HDMI

There are two different ways that you can opt either with wires or wirelessly to hook up your PS4 to TV without using HDMI. Even if your TV doesn’t have an HDMI port, it is still possible to connect it with PS4. Newer versions of TV that do not have HDMI ports but may still come with DVI ports. On the other hand, older TVs have composite ports for audio and video instead.

Method 1: Hook up PS4 to a TV with DVI Ports

HDMI and DVI are both different kinds of digital signals. In fact, the DVI port is very similar to the HDMI port, but it does not transmit audio signals. Even the video resolution support of DVI is much lesser than an HDMI port with a maximum resolution capacity of 2560 x 1600p.

The good news is that PS4 uses a video resolution of 1080p, so you won’t face any problem using the DVI port.

However, since the DVI port doesn’t have any audio support, you may have to look for an alternative for that. You can even use the audio jack given on the PS4 controller for audio signals.

You may need to invest in an adapter or a DVI converter. Once you have the adapter, you just need to follow the steps given below:

Start by connecting the HDMI cable to the PS4, afterward plug the other end of the HDMI in the DVI converter.

Now you can turn on the display of your TV and also switch on your PS4. The moment when you see the Sony logo means that you have successfully made the connection. You can also test the sound by turning up the volume.

Method 2: Hook up PS4 to a TV with composite Ports

If your TV doesn’t have either HDMI ports or DVI ports, you don’t have to worry. You can easily connect PS4 to your TV without using either of these ports. To spot the composite ports, look at the back of the TV. You can see three different colored red, white, and yellow ports for cables.

The easiest and most effective way to do so is by using an HDMI converter for the task. The HDMI converter works as a translator, translating the signals to be understandable by the TV.

You can find many different options of converters. So, before you go looking for a converter, you need to check some things. 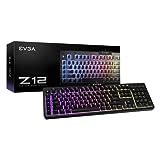 Apple Smart Keyboard for iPad (9th, 8th and 7th Generation) and iPad Air (3rd Generation) - US English
It connects easily without the need for pairing or charging, so it’s always ready to go.
$143.99

To connect the PS4 to the composite ports of your TV, you may need to get an HDMI to AV2 adapter. This converter works by taking about 5V of power via a USB input port with RCA ports and an HDMI port.

The HDMI port now gets connected to the PS4 with the help of an adapter.

Now the three RCA jacks will be connected to the composite ports of the TV for the transmission of PS4 signals to the TV.

Last but not least, the adapter’s USB cable will now be connected to the PS4. Now you can power on the PS4 and the TV. The best thing about such kind of setup is that you don’t need to connect an alternate audio source. It is because the composite ports are fully capable of the transmission of audio signals.

P.S. Just in case either of the two methods do not work for you. You can always consider the option of getting the latest version of TV that comes with a choice of HDMI.

There are many ways that you can opt to hook up PS4 to a TV without HDMI. Many old models of TVs do not include an HDMI port. If this is the same case with your TV and you have to connect a PS4 to it.

Then you can follow either one of the methods mentioned above for successful transmission of signals even without HDMI.

If you run into problems with the transmission of audio signals, you may need to use an alternative source such as the audio jack in your controller.